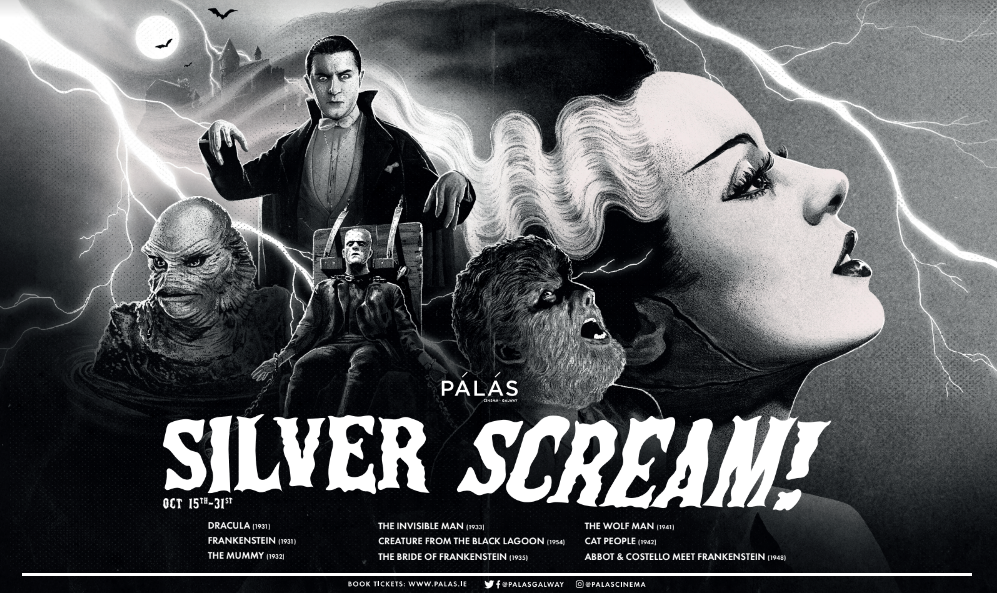 “To a new world of gods and monsters!”

This Halloween, from October 7th – 31st, there’s a reign of terror taking over Pálás as some of cinema’s most iconic Movie Monsters return to the big screen. The Silver Scream season will feature horror classics from Hollywood’s golden era including DRACULA, THE MUMMY, THE BRIDE OF FRANKENSTEIN, CREATURE FROM THE BLACK LAGOON, and more.

New cinema programmer Will Fitzgerald commented; “These are the originals, or at least the quintessential versions of these characters – the movies that inspired so many others and had such a lasting impact on popular culture. These iconic portrayals by Bela Lugosi, Boris Karloff, Lon Chaney and Elsa Lanchester, are the ones still immortalised every Halloween in costumes, in imagery, and in our imaginations. It’s also interesting to revisit the film era’s preoccupation with monsters that come from foreign lands at a time when it feels like xenophobia is on the rise again. But most importantly, these early monster movies can be enjoyed by horror fans and more faint-hearted cinephiles, alike.”